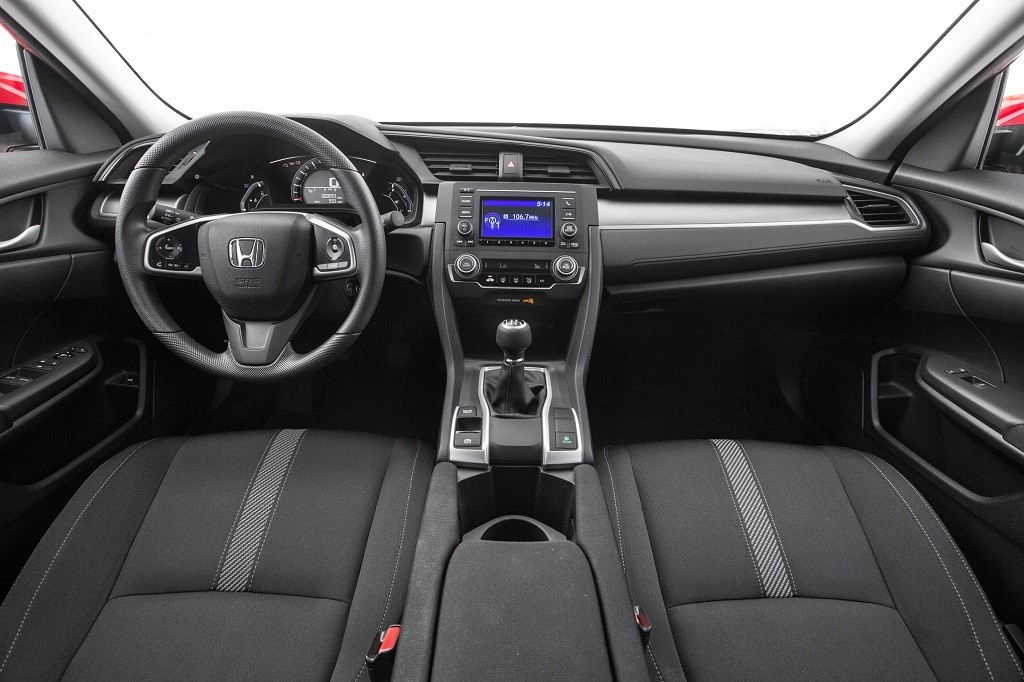 The Honda Civic for 2016 comes equipped with a range of safety features. Some of these features are passive and some are more actively involved in keeping you safe.

The Multi-Angle Rearview Camera is a feature that allows the driver to see better what lies behind the car when attempting to back up. The camera has three views: the normal view, a bird’s-eye top-down view, and a wide-angle view.

The LDW, or Lane Departure Warning system, lets you know if you are drifting into another lane without properly signaling. The Forward Collision Warning system (FCW) alerts you to a possible accident in the making. The FCW system integrates with the CMBS, or Collision Mitigation Braking System, by activating audio and visual warning alerts if the small camera at the top of the windshield detects another vehicle in front of you. If you ignore the warning, the CMBS will apply the brakes automatically.

The Road Departure Mitigation system (RDM) is a similar feature that detects when the car is drifting too close to the edge of the road while going 45–90 mph without the turn signal on. The RDM will alert the driver with rapid vibrations in the steering wheel. If you fail to correct the car’s path, the RDM will begin braking and attempt to steer the car back onto the road.

A few other features include the antilock brakes, a Tire Pressure Monitoring System, and LED daytime running lights. Maintaining the correct tire pressure not only aids in increasing fuel mileage but also is an important safety consideration. A low tire could signal a defective tire that may blow out, potentially causing an accident.

A complete array of airbags, front and rear, comes standard on most Honda Civics. Both front seat positions have multiple-threshold airbags that are dual stage. There are side curtain airbags in the front and rear, three-point seat belts at all seating positions, and child-proof rear door locks to ensure the safety of the young ones in your back seat. Honda has developed an Advanced Compatibility Engineering body structure design that enhances crash compatibility in front-end collisions. The crash energy is distributed more evenly throughout the front end of the car, potentially protecting the passengers.

Barbour Hendrick Honda of Greenville, North Carolina, invites you to come to our showroom and check out a new Civic. Take one out for a test drive and see all the safety features for yourself.