Honda Accord EX vs Accord EX-L: Which is right for you?

The 2016 Honda Accord EX and Accord EX-L might seem like the same car, but the standard and available features that are offered in these two trim level models set them apart from each other. The Accord comes in four-door sedan and two-door coupe body styles.

2016 Honda Accord Exterior and Interior Features

A HondaLink smartphone app integration system allows connections to Apple CarPlay and Android Auto. Buyers who pick the Accord EX and Accord EX-L V6 trim level models also have the option of equipping the car with a navigation system.

Both the Accord EX and Accord EX-L models can be optioned with Honda Sensing, which is a safety package that features adaptive cruise control, lane and road departure intervention, antilock disc brakes, collision warning and intervention with automatic braking, stability control, traction control, active front head restraints, and front seat side impact and side curtain airbags.

Honda Accord Engines and Transmissions 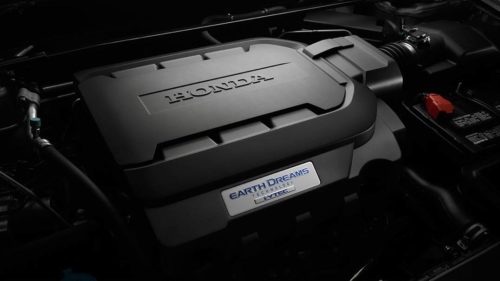 There are two engine choices for the two Accord trim level models.

The cars’ transmissions differ depending on the specific trim level model. The 2016 Accord EX and EX-L models without the Honda Sensing package—whether coupe or four-door sedan—comes with a six-speed manual transmission. The optional 3.5-liter V6 engine is paired to a six-speed automatic transmission.

A continuously variable transmission is optional on these models and standard on the 2016 Accord EX-L V6.

Ready to test drive the 2016 Honda Accord and find out which trim is right for you? Visit Barbour-Hendrick Honda in Greenville Today!