Honda has an impressive track record of producing cars and trucks that are designed to express the times. The upcoming truck model, 2017 Honda Ridgeline, is truly designed for people that love experiencing the practical luxuries of having a truck. For one, the Ridgeline has an audio system that is installed directly in the truck bed. Finally truck lovers will be able to enjoy an outdoors surround sound that that is freely experienced on the outside of the vehicle.

The Ridgeline displays technology at its best by providing safe alternatives that are featured with the Ridgeline’s custom audio system. The system is embedded directly into the walls of the truck bed. This allows for the truck bed to function as intended. The audio system will not be in the way of materials that are put in the truck bed. This system takes the precautionary measures that put together luxury with sensibility, and this is all done by way of Honda’s technology team. 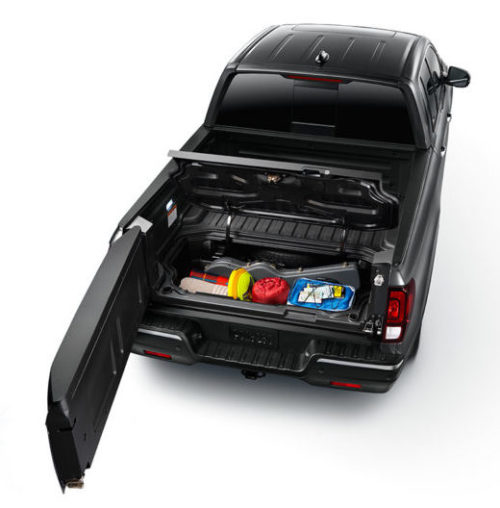 Keeping up with the times Honda’s Ridgeline has a dual purpose tailgate. The tailgate has the option of either releasing downward in the traditional manner, or the tailgate when the tailgate rests in its traditional close position it is able to open from the right side to the left side.

The Reason Why Honda Ridgeline is Perfect

The 2017 Ridgeline will be a perfect selection for families, and its custom audio system is a safe alternative giving truck drivers comfortable experiences when there using their vehicle. To learn more about the 2017 Honda Ridgeline visit Barbour Hendrick Honda in Greenville.